Ahoy! We're still very much working on this page as part of the Dawnbase overhaul. It'll look terrible until it's done. Sorry! 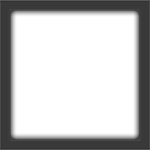 Updated 1/7/2014, 'Robin' Patch Atomic Green Lantern is not Blitzcrank. He is not Pudge. You do not have a long enough hook, or a fast enough hook, to use it for picks. That isn't to say it CAN'T happen, but, his hook is better used to prevent esc... Read more

Hoooly crap can you say overbuffed? Shazam does what he used to do, delete carries. But, his new over the top ratios + free ult make him such a braindead easy character, that not having one on your team to straight up body anyone with sub-3k HP is... Read more

Updated for CB4, ArGL patch. There is no easier jungler in the game. Fast clear, remains at high HP, and a kit to make every other initiator in every other moba jealous, Wonder Woman one of the world's best babies first jungler. Items: Marau... Read more

Updated 1/7/2013, 'Robin' Patch Batman Prime is still an incredibly powerful duelist, and while not quite capable of assassinating people as well as he used to, he has obscene sticking power, with powerful teamfight disruption. Well placed smoke b... Read more

Nightmare Batman was hit with a pretty heavy nerf, and because of which, his build has changed dramatically. He is no longer the squishy destroying, 100-0 monster he was in the past, nor is he the super potent duelist he once was. In fact, Nightmare ... Read more

At one point in time, Flash had a rough jungle clear, mana problems, and all of that. Nowadays, in the age of amplifiers, things have changed. While his early ganks are still weaker than you'd hope for from your jungle, he's all about the late game. ... Read more

Updated 1/7/2014, 'Robin' patch Gaslight Joker is a pure enforcer pick, a good go-to when your team doesn't need you bring any damage, purely utility. In particular, peel and protect, with a solid fallback position as a brick wall split pusher, ne... Read more

Atomic Wonder Woman is an incredibly dominant jungler early game. She does fall off late game a bit, but only because she doesn't team fight well. She does, however, 1v1 well, kill squishies in a heart beat, and is the scariest counter jungler around... Read more

Updated for CB4, ArGL patch. 100% serious. Green Lantern. Not a newly coming out one either, the blaster. The mage. But how? Why? Simple. Your team needs power damage, but not Flash. You already have Shazam in lane. Or maybe you just really like G... Read more

Damage. Just, oodles and oodles of damage. Damage out of every orifice. Relying on proper timing and comboing of abilities, Gaslight Catwoman has the highest combined AD ratio of a full combo of the assassins, and with a thrice activatable gapcloser,... Read more

Ok, you know what? I don't even know what to think anymore. I started trying characters in the jungle that I was sure would be awful, and they've all surprised me. Zatanna. Jungle Zatanna. It's actually really good, better than I would have ever expe... Read more

The purest support in the game, Arcane Green Lantern exists as a large, emerald wall, sometimes washing over enemies with CC, but usually parked in front of the carries, daring an enemy to dive them. His natural bulk, his powerful disable, and near m... Read more

Jungling Done Right: Nightmare Batman
Posted: Aug 25th, 2013
44
As an assassin, you tend to focus lower armor targets. Coda is more effective vs sub-90~ armor targets than Atomic Axe. Also, the more flat armor pen you have, the stronger it gets. The analogy I've always used as reference is one from WoW arena days when I played a rogue, and had to use expose armor. Taking 3k armor off the 12k armor warrior takes off his pants. Take 3k armor off the 4k mage, and he's in his underwear.
Jungling Done Right: Green Lantern
Posted: Aug 30th, 2013
38
I can tell you from experience that with Logoz and Materioptikon, I have no mana problems. Don't forget that this map does not take nearly as long to cross, and back times aren't as long, as in League of Legends or Smite, they are more akin to Awesomenauts. Additionally, with refundable's as strong as they are at every upgrade stage, and the rate at which you fight for objectives (or should, if you were to be in a 5v5 of equal skill teams), it is very much worth backing with some frequency. Materioptikon and Logoz supports this by letting you clear the jungle without concern of the cost (EEEQ at this stage of the game kills the whole camp), leaving you with more than enough mana to dump a combo of spells on a person, lowering your current mana by a hefty amount, and drop a plane on the now power armor shredded enemy team (via E), squeezing as much as possible from passive on your heaviest, more important ability. While I will concede that in extended engagements, you will EVENTUALLY run out of mana, if you are in extended engagements as opposed to rapid, 5 R button team fights as Green Lantern, you are already out of your element. Joker would have likely been a better pick, but then you probably weren't jungling.
Custom matchmaking coming next patch
Posted: Sep 26th, 2013
38
Bueno. Very bueno.
Jungling Done Right: Shazam
Posted: Aug 26th, 2013
30
The targets you should be going for shouldn't be high power armor targets. Though as mentioned in the guide text, all those items after Starheart options, and while I would rarely get Book of Eternity, I could see it if I was a very power damage heavy team, and the enemy team was stacking powers of power armor to answer it.
Jungling Done Right: Green Lantern
Posted: Aug 30th, 2013
23
Logoz has never had Will Balance. Will Balance has always been on Materioptikon, used to be Dreamstone. It's a case of the site having misinformation, not something being changed.

Also, Materioptikon is amazing on him because of the synergy with his passive. Abin Sur's is actually the opposite, it makes you less likely to get AP from his passive. You shouldn't buy it on GL.

I still, however, will accept this as a parody of Krashy, because of his whole power NMB fiasco.