Supergirl 1 votes
We're looking for a Robin guide worthy of being our Editor's Pick. Want to see your guide here, prominently displayed to every visitor to this page? Go create a guide and show us what you can do!
Default
The below feature is still being tested. Expect bugs and wacky behavior.
Vote for who Robin is strong and weak against. This will be particularly useful once draft/ranked matches are available.

Robin dashes forward. He applies This Guy!, Knocks Back, and deals 70 Attack Damage to the first enemy he hits, and then rebounds off of his target.

For 4s, Robin gains 30% Attack Reflection, and his Basic Attack targets lose 7.5% Move Speed for 2s. The Move Speed reduction can stack up to 2 times.

While Bo Master is active, Vault Kick will pass through and damage all enemies, instead of applying Knockback or This Guy!.

Robin and his target gain 9% Move Speed, 4% Attack Lifesteal, and an additional 25% Will and 25% Energy restoration from This Guy!.

If he targets just himself, Robin gains 6% Attack Lifesteal.

Robin deals 175 Attack Damage and Knocks Back enemies in the area.

For 8s, plus 2s for each enemy Champion struck, Robin grants 12 Attack Damage and 12 Power Damage to nearby allies.

Trigger (Cooldown: 12s): Robin's next Basic Attack will mark his target for 6s. The next Champion to damage the marked target will consume the mark, dealing an additional 30 Attack Damage to the enemy and regaining 30 Will or 15 Energy.

Work in progress.  Will edit more tomorrow and try to add some pictures.... 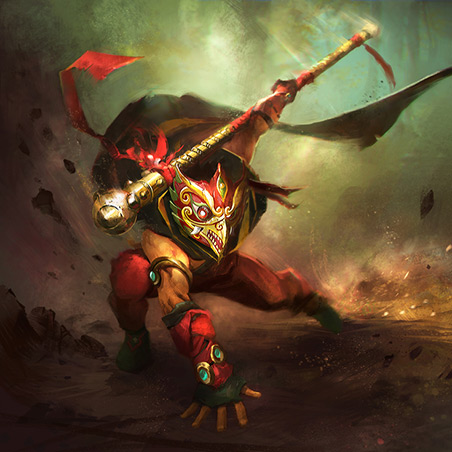 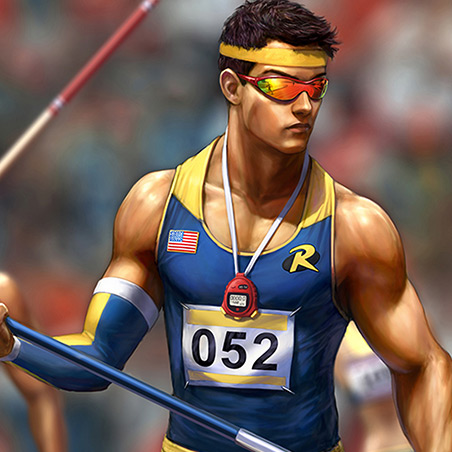 Unlike Batman or previous Robins, Tim Drake's path to becoming a hero didn't start with personal tragedy. Instead, he was born with the drive to make the world a better place.

Following the death of the previous Robin, Tim resolved to convince Batman to take him on. A natural detective, Tim studied Batman and his associates, and discovered that Nightwing performed a unique move that he had seen performed once before by Dick Grayson of the Flying Graysons. With Nightwing's identity revealed, Tim put the pieces together and uncovered Batman's true identity. While initially resistant to taking on a new Robin, Batman finally agreed, largely thanks to the persuasion of Nightwing.

Tim is an expert computer hacker. As a detective, he is nearly Batman's equal. Also, years of gymnastic training have made him a dangerous, acrobatic fighter. While driven, Tim still possesses a sense of humor and will crack wise in a fight.