Shazam 1 votes
We're looking for a Mecha Wonder Woman guide worthy of being our Editor's Pick. Want to see your guide here, prominently displayed to every visitor to this page? Go create a guide and show us what you can do!
Default
The below feature is still being tested. Expect bugs and wacky behavior.
Vote for who Mecha Wonder Woman is strong and weak against. This will be particularly useful once draft/ranked matches are available.

Gain 3 charges that are spent to place Traps (1 second to prime) that last for 45 seconds and are triggered by the next enemy Champion to step on them. They will be Rooted for 1.5 seconds and revealed for 5 seconds. Up to 2 Traps may be on the battlefield at once. You renegerate a new Trap every 45 seconds or by returning to base.

Mecha Wonder Woman launches 3 glaives in a wide spread. Each glaive deals 10 Attack Damage to the first enemy it hits. A single target cannot be hit by more than 1 glaive.

Enemies struck by a glaive receive 1 stack of the Judgment effect.

Mecha Wonder Woman rushes to the target location. She leaves a trail of scorched earth in her wake that deals 90 Power Damage over 3s.

Mecha Wonder Woman gains 15% Attack Speed for 4s. If a target reaches 3 stacks of Judgment during this time, Celerity's duration is increased by 1s, up to 3 times. 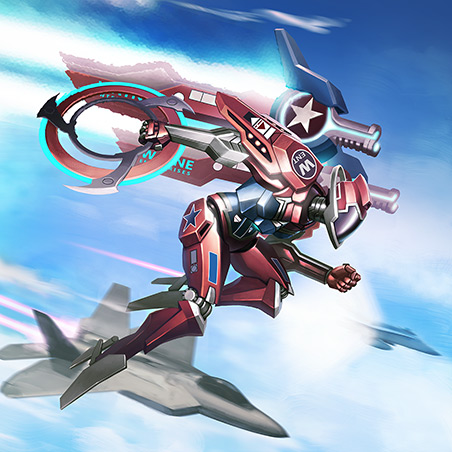 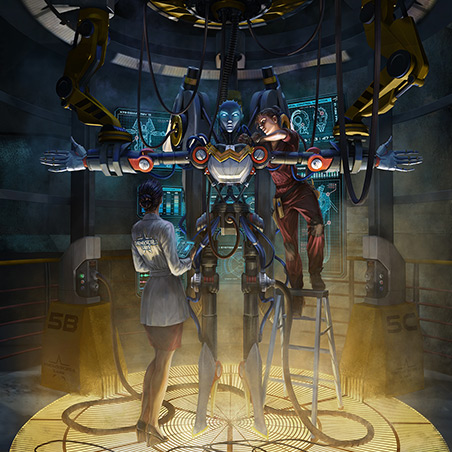 Using the knowledge and martial skills of the Amazons that resides within her memory banks, Mecha Wonder Woman has sworn to avenge the brutal slaying of her mistress, Queen Hippolyta. Mecha Wonder Woman began her life D1A-NA, a diplomatic robot in the service of Hippolyta, queen of the Amazonian warrior women of the island nation of Themyscira. Queen Hippolyta was an idealist who sought to end war and corruption across the globe, and D1A-NA was programmed to assist her in this quest. D1A-NA's long service to the queen led to her developing a personality that reflected the idealistic queen's feelings on justice and equality. Accompanying the queen on an errand of mercy to another country, D1A-NA saw Queen Hippolyta brutally murdered by assassin bots built by the Doom Legion.

At that moment, D1A-NA was transformed. An iron will developed within her, and she vowed to avenge the Queen and continue her quest. With the help of the Justice Consortium, D1A-NA has remade herself, far exceeding her creator's original design. Thanks to the Amazonian knowledge in her memory banks, she is now a warrior robot with the prowess of an Amazonian warrior who seeks to bring peace and justice to a corrupt, violent world.