Supergirl 1 votes
We're looking for a Doomsday guide worthy of being our Editor's Pick. Want to see your guide here, prominently displayed to every visitor to this page? Go create a guide and show us what you can do!
Default
The below feature is still being tested. Expect bugs and wacky behavior.
Vote for who Doomsday is strong and weak against. This will be particularly useful once draft/ranked matches are available.

Doomsday's Invulnerability has a stronger Shield.

Gain a Shield that blocks 75 damage for 2 seconds.

Doomsday rushes forward and smashes the target area, dealing 30 Attack Damage to all enemies hit. Pummeling Assault can be triggered up to 3 times in a row, no more than 5s apart.

Kryptonian Rage Active: The third attack knocks Down all targets for 0.75s.

For 4s Doomsday gains 10 Attack Damage, 10% Move Speed, and deals a total of 80 Power Damage over time to nearby enemies.

Doomsday dashes to an enemy Champion and carries them forward. When he grabs them, he deals 40 Attack Damage. If Doomsday slams them into a wall, they will take an additional 60 Attack Damage and be Knocked Down for 0.8 (+0.1s for every 250 Bonus Health).

Doomsday gains 10% Attack Reflect, 10% Resilience, and all enemy Champions that damage Doomsday become his Revenge Target. Kryptonian Rage costs 12.5 Fury/sec, halves Fury generation, lasts until he runs out of Fury, and improves his other skills.

When Doomsday has no current Revenge target, and is damaged by an enemy champion, then his attacker becomes the Revenge Target for 15s. Damaging the target refreshes the duration of the effect. 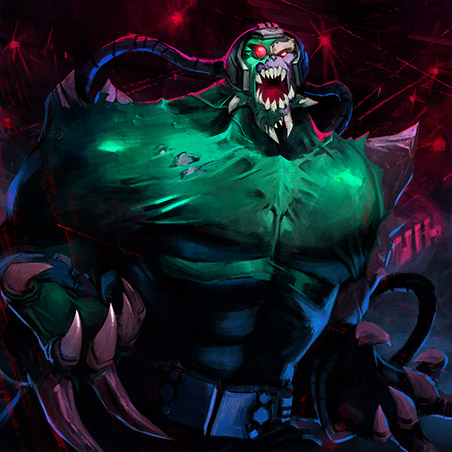 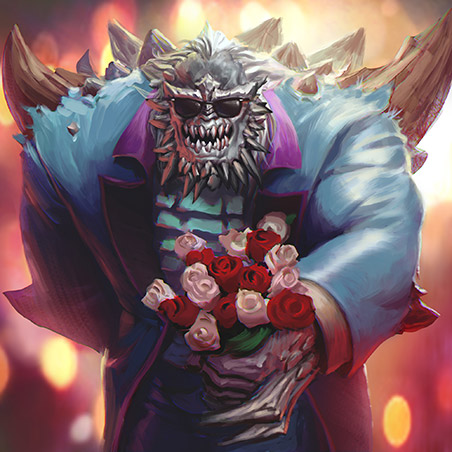 Repeatedly slaughtered and revived by a twisted scientist's experiment to create a weapon capable of killing whole worlds, Doomsday is a living weapon of adaptable mass destruction.

After growing strong enough to slay his creator, Doomsday left the scientist's base on Krypton and traveled the universe on a murderous rampage until landing on Earth thousands of years later. There, he fought and killed Superman, who barely killed Doomsday. Since then, Doomsday has revived and sought revenge many times, each time resulting in narrow defeat.