Supergirl 1 votes
We're looking for a Mecha Superman guide worthy of being our Editor's Pick. Want to see your guide here, prominently displayed to every visitor to this page? Go create a guide and show us what you can do!
Default
The below feature is still being tested. Expect bugs and wacky behavior.
Vote for who Mecha Superman is strong and weak against. This will be particularly useful once draft/ranked matches are available.

Deal True Damage to target enemy drone or creature and you are healed. Environmental objects can also be targeted and are destroyed after healing you.

Mecha Superman deals 60 Power Damage to all enemies in a line, and Stuns them for 0.2s. Any Small Environmental Objects in the line explode, Silencing nearby enemy Champions for 1.0s.

Mecha Superman creates an impassible wall for 2.0s, as well as 2 Small Environmental Objects that last for 10s. Using the skill again will dispel the wall early.

Mecha Superman shakes the earth around him, dealing 360 Power Damage over 6s.

When Mecha Superman destroys an Environmental Object, he emits an aura for 5s that grants him and his allies 5 Attack Armor, 5 Power Armor and 2.0 health per second.

If an allied Champion is nearby, Mecha Superman will gain double this healing amount for himself.

Stay alive and wreck the shit out of them 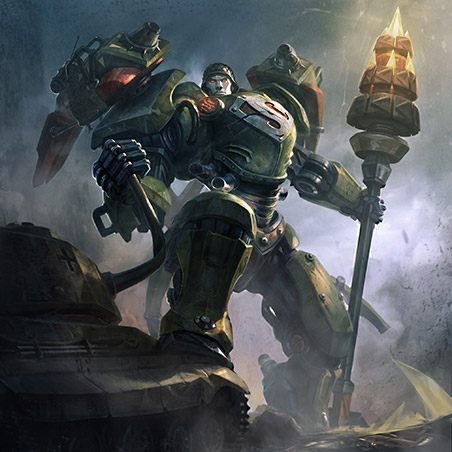 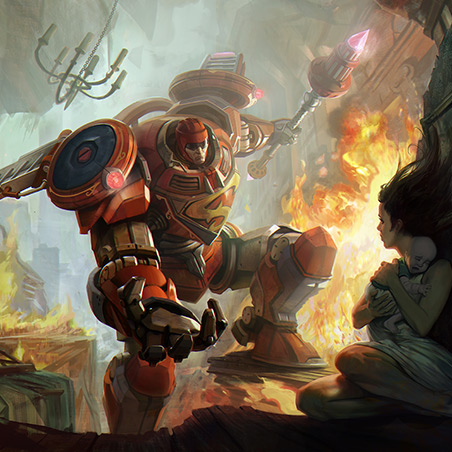 Mecha Superman is the result of the fusion of an Earth agro-industrial mechanoid with a damaged Kryptonian probe. The crashed probe was discovered by a young Clark Kent, who connected it to the farm's Agrobot to try to download its data. The probe quickly reconfigured the bot into a humanoid shape, and explained its origin and purpose to the amazed Clark. He dubbed the bot 'KAL', for Kryptonian Artificial Life-form, and hid it from his parents. Eventually, they discovered KAL's existence, but seeing that the bot only wished to continue its mission of exploration, agreed to keep it hidden.

Clark took it upon himself to teach KAL what it meant to be human. One of Clark's favorite methods was through playing the 'Superman' game. Superman was an imaginary, nearly invulnerable hero created by Clark. In the game, Clark - as Superman - would always save the day, righting wrongs and saving innocents from the evil 'Metallo,' an imaginary villain always played by KAL. However, no matter how many times they played the game, KAL never quite understood its point.

One tragic day, returning home from school, Clark was killed at the hands of a drunk driver. Initially, KAL couldn't process the idea that Clark was gone forever. However, as it saw Clark's parents struggle with their grief, KAL finally understood the simple and terrible truth behind Clark's game: bad things happen, and the world needs a Superman to protect it.

Although his hulking robotic form would indicate otherwise, Mecha Superman possesses a curious and trusting nature His remarkable intellect allows him to adapt quickly to any situation, although at times his natural curiosity may distract him from the matter at hand.