Wonder Woman 1 votes
We're looking for a Harley Quinn guide worthy of being our Editor's Pick. Want to see your guide here, prominently displayed to every visitor to this page? Go create a guide and show us what you can do!
Default
The below feature is still being tested. Expect bugs and wacky behavior.
Vote for who Harley Quinn is strong and weak against. This will be particularly useful once draft/ranked matches are available.

Harley Quinn throws pies at the 3 targets closest to her. Each pie deals 50 Power Damage.

Harley Quinn heals her ally for 40 Health and they receive the BFFs effect.

Harley Quinn smashes her hammer to the ground, dealing 175 Power Damage in a cone. Enemies caught in the cone are Knocked Up for 1s. 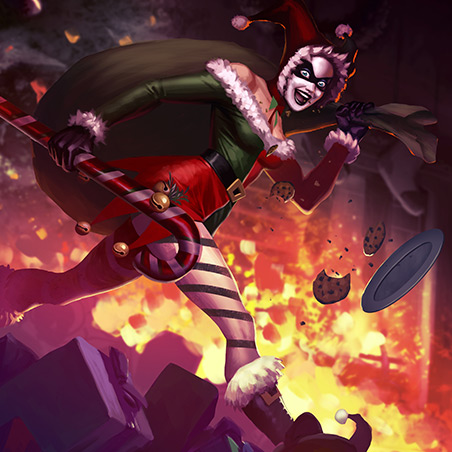 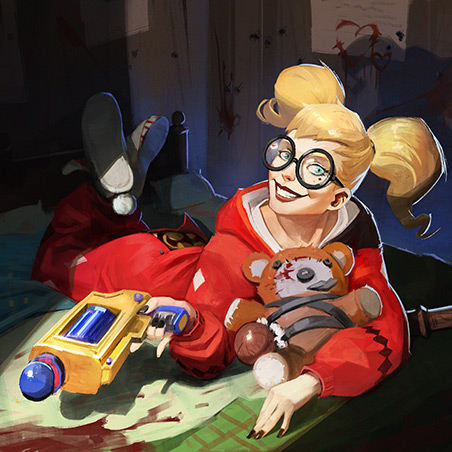 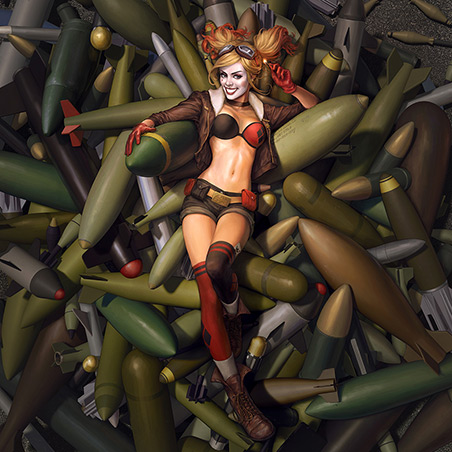 A former therapist fascinated by psychosis, Harleen Quinzel's love for madness drove her mad with love.

When Harley Quinn's fascination with the Joker transformed into adoration, she went from being his therapist to being his accomplice. Several years of the Joker's vicious love drew out her inner madness until she felt she was finally her "true self." Yet in time, Harley grew tired of the Joker's abuse and left him to become an almost equally notorious criminal. No matter what, though, she'll always have a soft spot for her "Puddin'".