Supergirl 1 votes
We're looking for a Zatanna guide worthy of being our Editor's Pick. Want to see your guide here, prominently displayed to every visitor to this page? Go create a guide and show us what you can do!
Default
The below feature is still being tested. Expect bugs and wacky behavior.
Vote for who Zatanna is strong and weak against. This will be particularly useful once draft/ranked matches are available.

Zatanna summons magical swords, and after a short delay they deal 50 Power Damage to enemies in an area.

If Skewer hits a target with Punish or Protect on them, the effect will detonate early.

Allied Target: The target gains a Shield that blocks 60 damage. After 2.5s regains 55% of the remaining Shield as Health, and nearby allies regain half that amount. Skewer can trigger Protect's healing early.

Enemy target: Reduces the target's healing by 50%. After 2.5s, the target explodes and deals 35 Power Damage to themselves and nearby enemies. When detonated by Skewer, damage is doubled.

Zatanna transforms an enemy Champion into a rabbit for 2.0s. The target loses 10% Power Armor and 10% Attack Armor (+1% per 100 Bonus Will), and their armor cannot be changed until they transform back. The rabbit cannot attack or use skills. 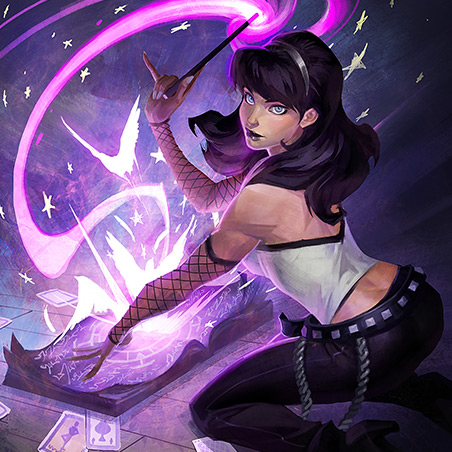 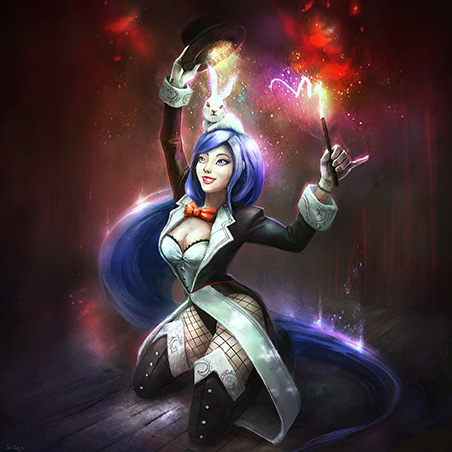 Zatanna Zatara is the daughter of the late Giovanni Zatara, another famous stage magician with the inherited ability to manipulate magic. Zatanna accesses her almost limitless magic by saying what she wants done backwards. If said too vaguely, however, her spells can result in terrible and unforeseen consequences, and so Zatanna is always careful to avoid unleashing evils greater than those she combats.