Batman is really strong at the moment and really satisfying to play. He's a great duelist and can go toe-to-toe with all the other bruisers.
Your opponents will underestimate your mere human strength, that's when you remind them that you're the freaking Batman, batarang to the face!

Batman is a Energy based Attack Damage Bruiser.

Gaslight Batman. But he's limited to work with what little energy he has, this makes for some interesting plays.

He deals Attack Damage with his abilities & attacks. Pretty self explanatory, Attack Damage items will increase his Abilities damage output.

As a Bruiser your mission is to be tough, heavy and punishing. You're a good duelist, you can take a beating and at the same time give one. Your damage output is greater than that of Enforcers. Punish the squishier foes on the enemy team such as

Gaslight Batman etc. They'll rue the day that they faced the adorable princess.. I mean The Dark Knight! 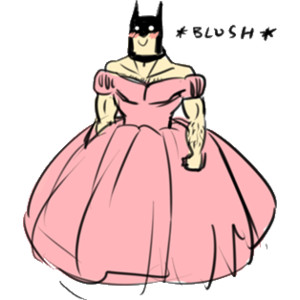 Passive: Watching, Waiting.
Batman gains addition Attack Armor & Power Armor while stealthed. These values are doubled while on a stealth pad. On entering stealth or a stealth pad Batman will regain health over time. This healing will stop if Batman is no longer stealthed.
[list]

This is a really good guide on building the Dark Knight. I have had a lot of success running a similar build. After you get the utility belt maxed it is a real tossup on what you want to do after. I usually go for Atomic axe or Deathstrokes to really destroy people. Batman is a lot of fun to play. Keep the updates coming!
11:43 am, Aug 28th, 2013
Reply