The Power Towel That Sends People To The Showers

A Catwoman guide by Malhaloc
Last updated: May 29th, 2015
Link to guide: www.dawnbase.com/guides/2940-Catwoman-The-Power-Towel-That-Sends-People-To-The-Showe 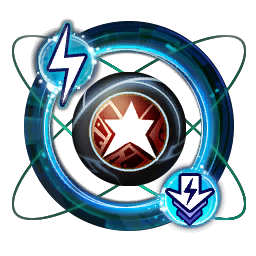 Whip Strike is your main poke ability. As such it should always be focused first. Use it mainly to last hit minions until you get some PD built. Combine it with Acrobat to really drive home that damage. Once you have Cosmic Staff, start poking every chance you get. The damage over time will start adding up.

Cat's Paw is nice when used to double up on the poke from Whip Strike, but don't forget it's main purpose: to provide the slow/knock down. Use it primarily to catch up or help your team catch up to a fleeing enemy or to help you or a team mate escape. Focus this move third.

Acrobat is your primary escape tool/gap closer. But it also ups the damage of your Whip Strike and turns your Cat's Paw into a knock down. Focus this ability second.

Bad Kitty is Catwoman's ultimate. It makes all damaging abilities cause bleed damage and puts Acrobat on an extremely short cool down while causing it to do damage to anyone she passes through. Use this ability defensively or offensively. Put a point into this whenever you can, as with all ults.

Cat Burglar is Catwoman's passive. It allows you to spawn a coin by dealing damage to an enemy every few seconds. While this is nice, focus this last as it is easily overshadowed by Whip Strike last hits.

As stated before, start by last hitting with your Q until you build enough PD to make it worth the will cost. Against high poke lanes, use E to dodge and retaliate with a powered up Q. If your goal is to poke, get into range with E and use the buff to Q to deal the majority of the damage. Follow this up with a successive W for a small bit of extra damage and a slow which could set a team mate up to get a hit or two off as well. If your goal is to initiate, get into position with your E and use the knockdown on your W. Follow up with a Q for some extra damage.

For 1v1 make sure to ult and spam the flip, moving through your opponent each time. Whip and trip as necessary. The bonus bleed damage will make quick work of most low HP targets. If you find yourself low HP and need a quick out, use your ult and spam your flip. Super Speed also helps. If they're gaining on you, keep running away until they're in range for a W. Preferably use the knockdown if you can.

In team fights, stay at a range and use powered up Qs to poke the carries. Once only the tanks remain, use your W to help your team gain an advantage.

DO NOT BE GREEDY FOR KILLS! I cannot stress this enough. Catwoman is an amazing assassin, but she's also great at setting her team up for kills. If you initiate a fight and someone else takes the kill, be proud that you set it up for them. This rule applies for ANY MOBA. Too often people seem to think like a Call of Duty player and whine and moan about kills. Pro tip: Don't do that.

Start off with a T2 Dr. D's Dreamstone and a T2 Tektite Vial. For Dreamstone, T2 is the minimum needed to get the will balance. Very important for poking and last hitting with Q. Nothing is worse than needing a little extra damage to finish someone, or needing a dash to get away and not having the will to pay for it. After getting this item, there will be no need to finish it until you have everything else built. Don't forget to sell the Vial when it ceases to be useful.

If you're facing a high poke lane, you'll need Eclipso's Diamond for the life steal. After that, you'll need some HP. I suggest Atlantean Royal Seal. Adding a slow onto all of your pokes is never a bad thing. Once you have Seal, start on some damage and win some trades. For this, get Starheart and Book of Eternity. The last item is up to you as you should be nuking the squishies on their team.

For more tank heavy lanes, Cosmic Staff is a must. Followed by Atlantean Royal Seal. The build order after that grab a Book of Eternity and go to town on high damage items. If you find yourself being constantly beaten, substitute Eclipso's Diamond for a Ruby of Life. Your passive will work well with its effect.

If you find yourself in a lane where you have the poke advantage, rush a Cosmic Staff followed by high damage items. Make sure to get an Atlantean Royal Seal at some point after.

In most cases you won't need too many HP items because of your kit. Catwoman has plenty of escape on her own so Atlantean Royal Seal should be enough. But if you really want that feeling of security that comes from having a huge HP bar, Ruby of Life should be more than sufficient.