Stargirl 2 votes
We're looking for a Aquaman guide worthy of being our Editor's Pick. Want to see your guide here, prominently displayed to every visitor to this page? Go create a guide and show us what you can do!
Default
The below feature is still being tested. Expect bugs and wacky behavior.
Vote for who Aquaman is strong and weak against. This will be particularly useful once draft/ranked matches are available.

Trident of the King (Q)

Aquaman throws his trident, dealing between 50 and 100 Attack Damage (increasing the further it travels) to the first enemy it hits. The target is also Revealed and marked.

Aquaman swipes his opponent's feet. He deals 45 Attack Damage and Knocks Down the target for 0.6 seconds (+0.1s for every 250 Bonus Health).

Aquaman rushes forward, dealing 30 Attack Damage to all enemies. If at least one enemy is hit, Aquaman may use Undertow a second time within 4s.

Might of Atlantis becomes a unique follow-up skill for 4 seconds when Aquaman deals damage with another skill.

Trident of the King turns Might of Atlantis into Surge:
Dash to the marked target and deal 60 Attack Damage.

Stagger turns Might of Atlantis into Wrath:
Deal 50 Attack Damage, + 17.5 of the target's Max Health as additional Attack Damage.

Undertow turns Might of Atlantis into Capsize:
Rush in target direction. Deal 75 Attack Damage to the first Champion hit, and throw them behind Aquaman.

After each skill execution, Aquaman gains Rising Tide for a few seconds. His next basic attack consumes Rising Tide to deal 20 Attack Damage to his target, and restore 10 Health to himself. 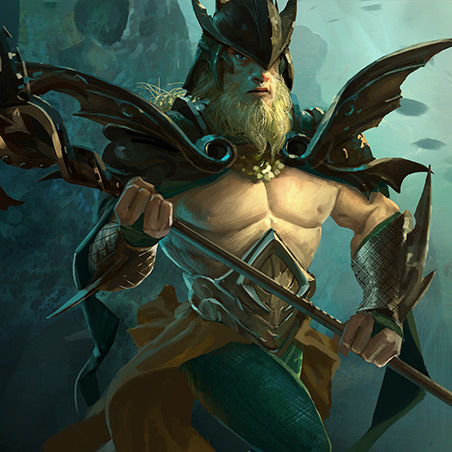 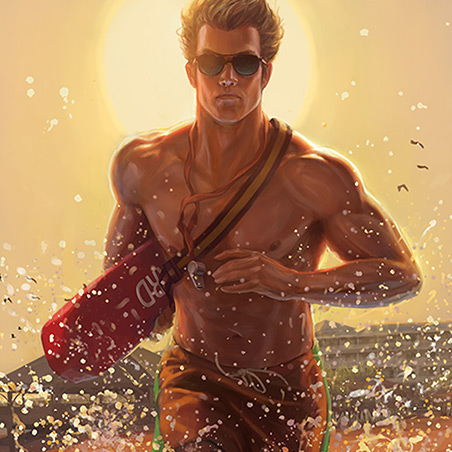 The son of a lighthouse keeper and the Atlantean Queen, Arthur Curry initially enjoyed a quiet, peaceful life with his father on the surface. This all changed when the media learned of the existence of an 'Aquaman' from Atlantis. Their reports drew the attention of Black Manta, a treasure hunter whose obsession with Atlantean treasures led to the death of Arthur's father. Escaping the surface world, Arthur took his rightful place as King of Atlantis. After a few years, Arthur tired of the court's intrigues and returned to the surface with his love, Mera. He now guards the ocean shores, protecting both worlds but feeling at home in neither.

Aquaman is extremely strong and is quite resilient in combat. He wields the Trident of the Atlantean King to great effect, he can breathe underwater, and can communicate telepathically with most forms of aquatic life.